The Island of Delos 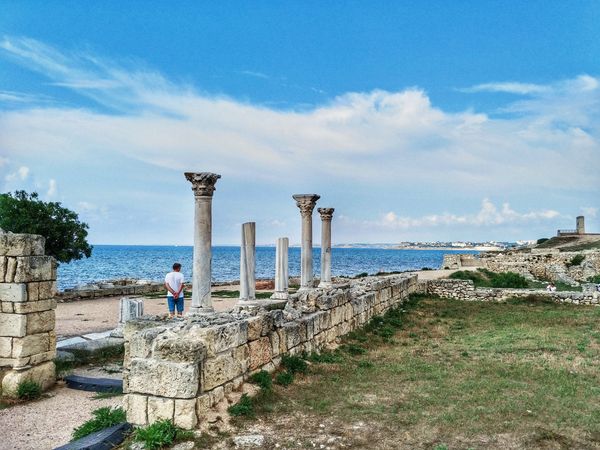 All over Greece, there are reminiscents of an ancient civilization, each structure still standing gives a glimpse into previous lives that have been lived on the same land beneath your feet. One of the most well-preserved ruins is the Island of Delos that is so enriched in history you may feel like you were just transported back to the times of Greek Gods. In the waters surrounding Mykonos, there is the small island of Delos that only spans just over a mile in length. This island used to flourish some 700 years ago but after being sacked by pirates this island has been uninhabited which allows the archeological site to be in such good shape. People come from all over to see the ruins of ancient greek and listen about the greek mythology told to accompany this island. 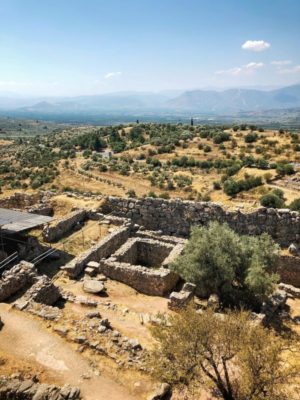 In Greek Mythology, this island was told to be the birthplace of Artemis and Apollo. Stories say that Leto (Zeus’s lover) needed a place to give birth away from Hera (Zeus’s wife) so Poseidon thrust his trident into the ground creating a quint island that is Delos. The name Delos signifies ‘apparent’ ancient Greek. This island is also considered the center of all the Cycladic islands and is known as the sanctuary to Apollo and resting place to Apollo-worshippers making the island a major sacred site for the ancient Greeks.

History may or may not be your favorite thing but there is much that could be said about Delos. In short, this island was inhabited in the Early Bronze Age and later on gained cultural significance in the 8th century BCE, when it was chosen as the meeting place and treasury for the Delian League (the alliance of all Greek cities). This island then was fought and traded a few times and the permanent decline of all residents came in 69 BCE when pirates took over.

When you visit Delos today, you can still see some of the structures that were built in ancient greek. As you walk around this ancient island you can see the Sanctuary of Apollo that is made up of three temples, the Artemision, a sanctuary to Apollo’s twin sister, Artemis, and the Terrace of Lions which is lined with replicas of the famous lion statues. On the island, there is also a small museum with ancient artifacts and statues.

This small island is one of the most well preserved ancient Greek archeological sites. You walk around and can imagine the villagers who used to roam, see the apollo worshipers dancing around the theater and smell the salty Sacred Lake where Leto gave birth to two Greek Gods. All of this vivid history of the now uninhabited island is what brings visitors from all over to the island center to all of the Cyclades Islands. 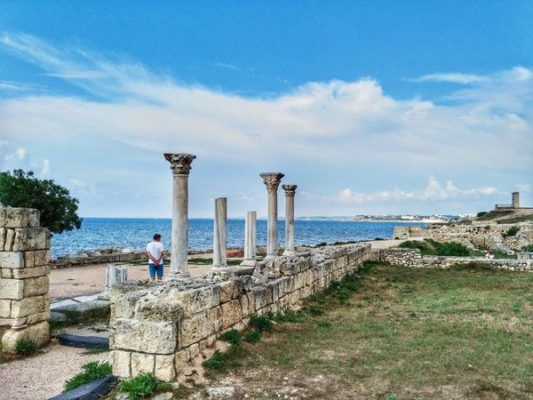 The Island of Delos is just one of many amazing greek ruins sites that we will be visiting on our Greece Expedition in September 2021! Stay tuned for our itinerary coming out soon!

Stay informed of our upcoming adventures by joining our newsletter!

Success!! Check your in box for your free gift.