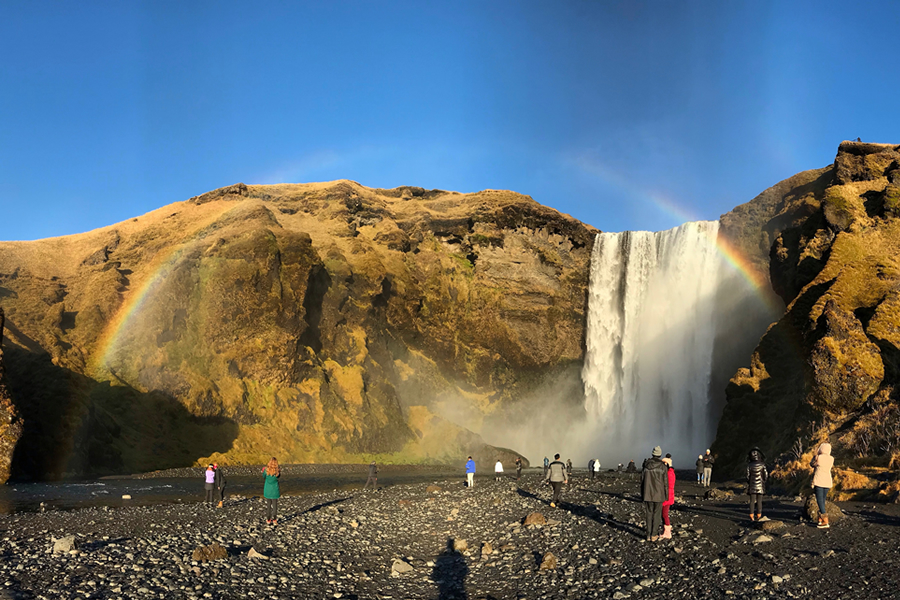 The South Coast of Iceland is home to many spectacular natural landscapes that you cannot find anywhere else in the world. The rock formations were made by underwater volcanic lava and were originally an island that has now grown closer to Iceland.

The southern region of Iceland is so magical that many books have incorporated this into the books’ setting. The cliffs of Dyrhólaey are nicknamed Door Hill Island for the huge archway of rock that juts out into the ocean. Atop the arch, you can spot the many puffin birds that nest there in the summer. 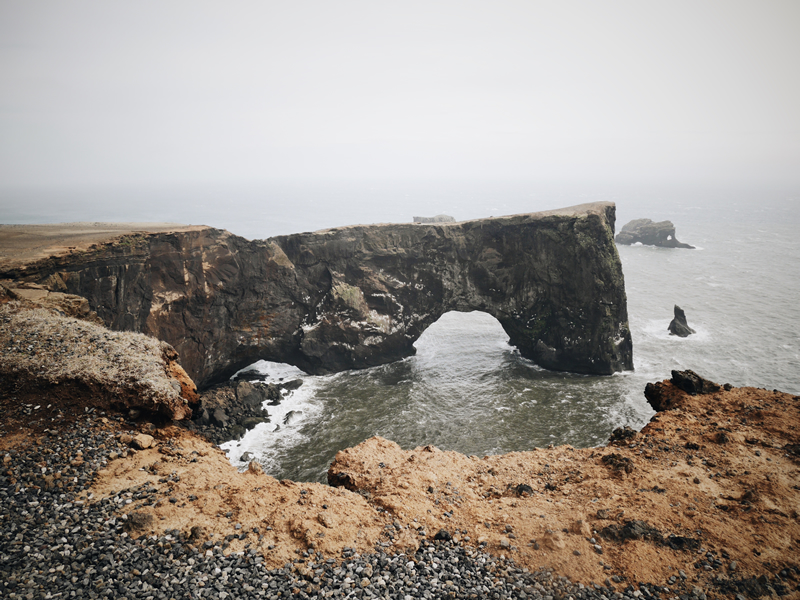 After taking in the sight of the many birds, move your gaze over to the basalt columns formed by the fire and ice that can only be found in a few places in the world. The Reynisfjara beach is home to those columns and the fascinating black sand beach. Out into the seashore, you cannot miss the rocky sea stacks named Reynisdrangar. Icelandic folklore tells a story if these rocks as ancient trolls trying to help pull ships to shore but got caught out too late turning them into stone. 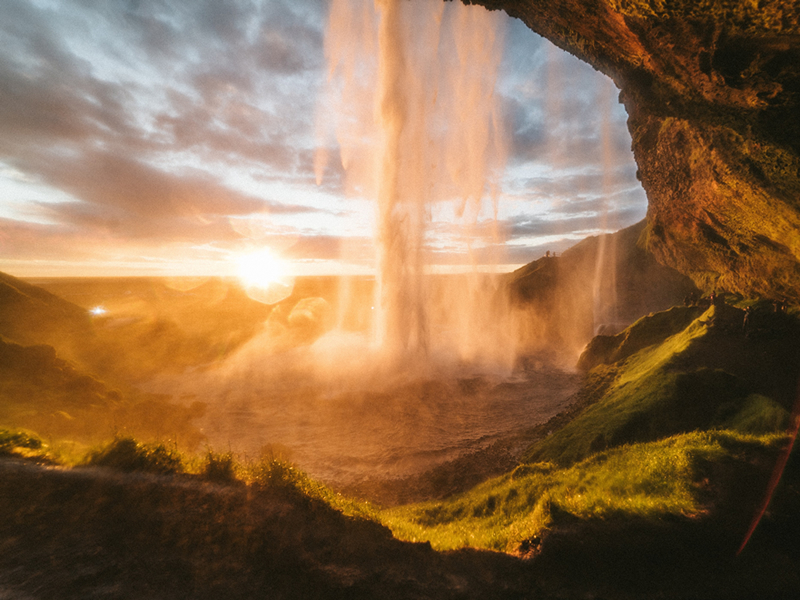 Aside from amazing rock formations, Iceland also is home to thousands of waterfalls. Not only are these waterfalls unique in their beauty but also in how you can experience them. The Seljalandsfoss waterfall is unforgettable because you can walk along a path that goes around and under the waterfall. You can experience a 360-degree view of this waterfall and stand underneath it with the mist of the falls and the wonderful views of the plains in the distance. This waterfall was rated by National Geographic as one of the top ten non-tropical beaches in the world. Another grand waterfall is the Skógafoss that often produces amazing rainbows and even double rainbows.

There is so much beauty to be experienced in Iceland and the South Coast of Iceland is only the start! View our Itinerary for our upcoming trip to Iceland in June 2021 HERE and make sure to reach out and save your spot if you want to join us!

Stay informed of our upcoming adventures by joining our newsletter!

Success!! Check your in box for your free gift.